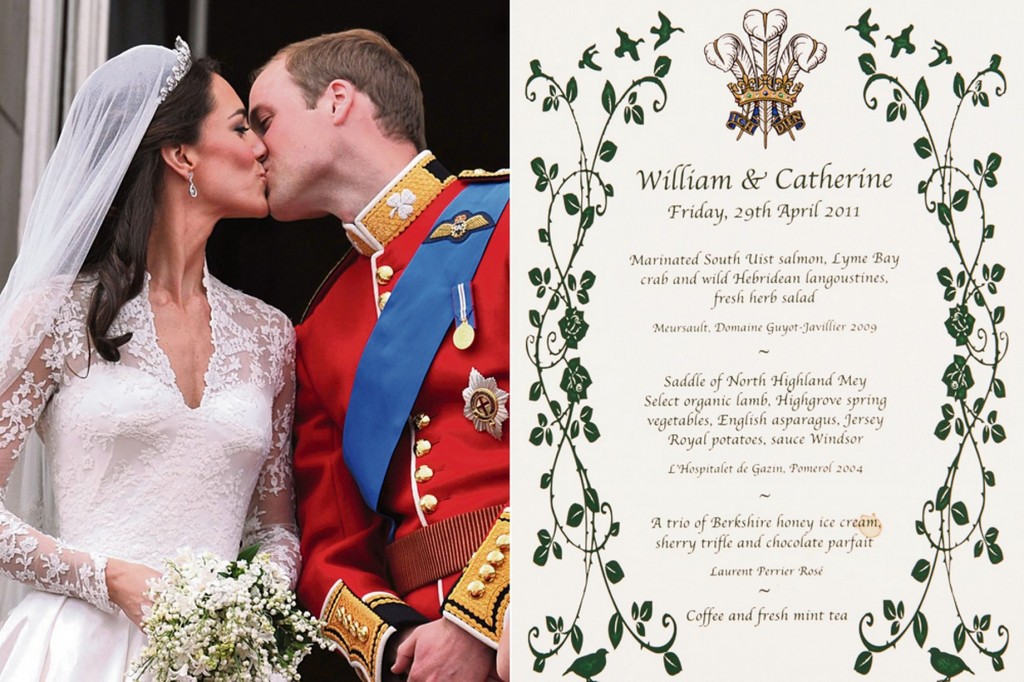 What Wills and Kate Ate...

Almost 4 years later and we're still hooked on royal wedding fever... I'm not even sorry. The latest development to fuel our incessent fascination comes in the form of an auction, a HUGE royal auction containing lots of royal memorabilia from the past 200 years collected by royal enthusiast Jim Hanson. The lots include rare photographs of Diana, and Queen Victoria, hand written letters and telegrams, and of course, a selection of items from THE royal wedding.

Here's a glimpse at what our fave royal duo munched at their nuptials way back in 2011.. Take note caterers of the world... the Kate wedding dress phenomena may just be dying down, but I suspect an awful lot of marinated salmon, crab langoustines and highland lamb may be popping up at weddings across the land from now on! 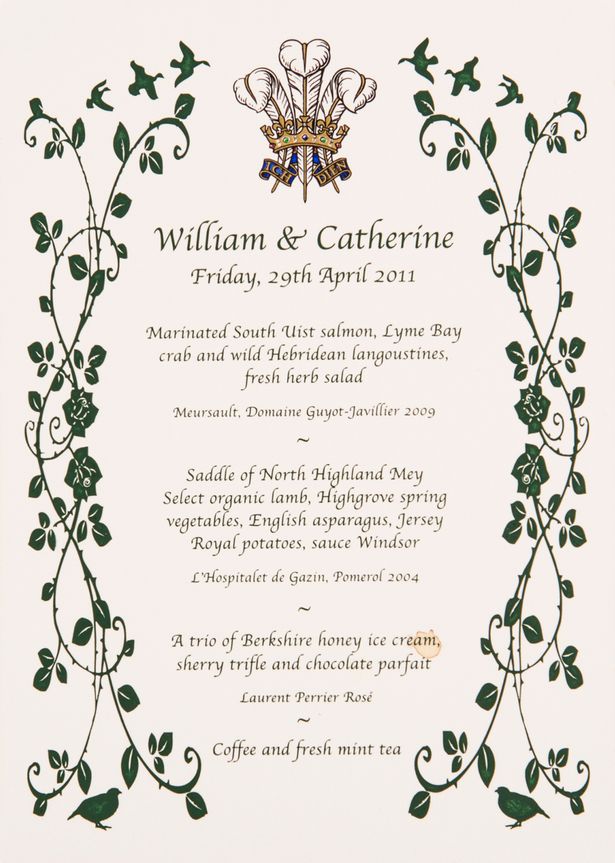 5 Ways To Involve Your Guests In The Ceremony The First Dance - What You Need To Know To Engrave or not to Engrave? "Let Them Eat Cake!" - No Need for Traditional Wedding Cakes How To Word Your Wedding Invitations