When it comes to being heckled, most of us don't have the nerve and quick wit to deal with it as the wonderful Amy Schumer did in her recent tour (click here to watch if you haven't seen it already). In fact, being heckled during a speech is likely to leave us stumbling over our words, hiding under the table or worse, engaging in a full blown row.
Fortunately our resident speech coach, Carole Spiers, is on hand to give us some brilliant advice on how to cope in such an situation. Over to you, Carole...

"One of the biggest fears people who speak publicly have is the fear of embarrassment and one form of said embarrassment comes from being heckled. It would seem that a wedding or formal event would be the last place you would have to worry about being heckled, made fun of, or interrupted during your speech. But parties bring out all types of people and alcohol tends to add to the looseness of lips and inhibits the ability to use proper judgment. When preparing to speak at an event where decorum is assumed, be prepared to know how to handle that one person whose mission will be to disrupt." 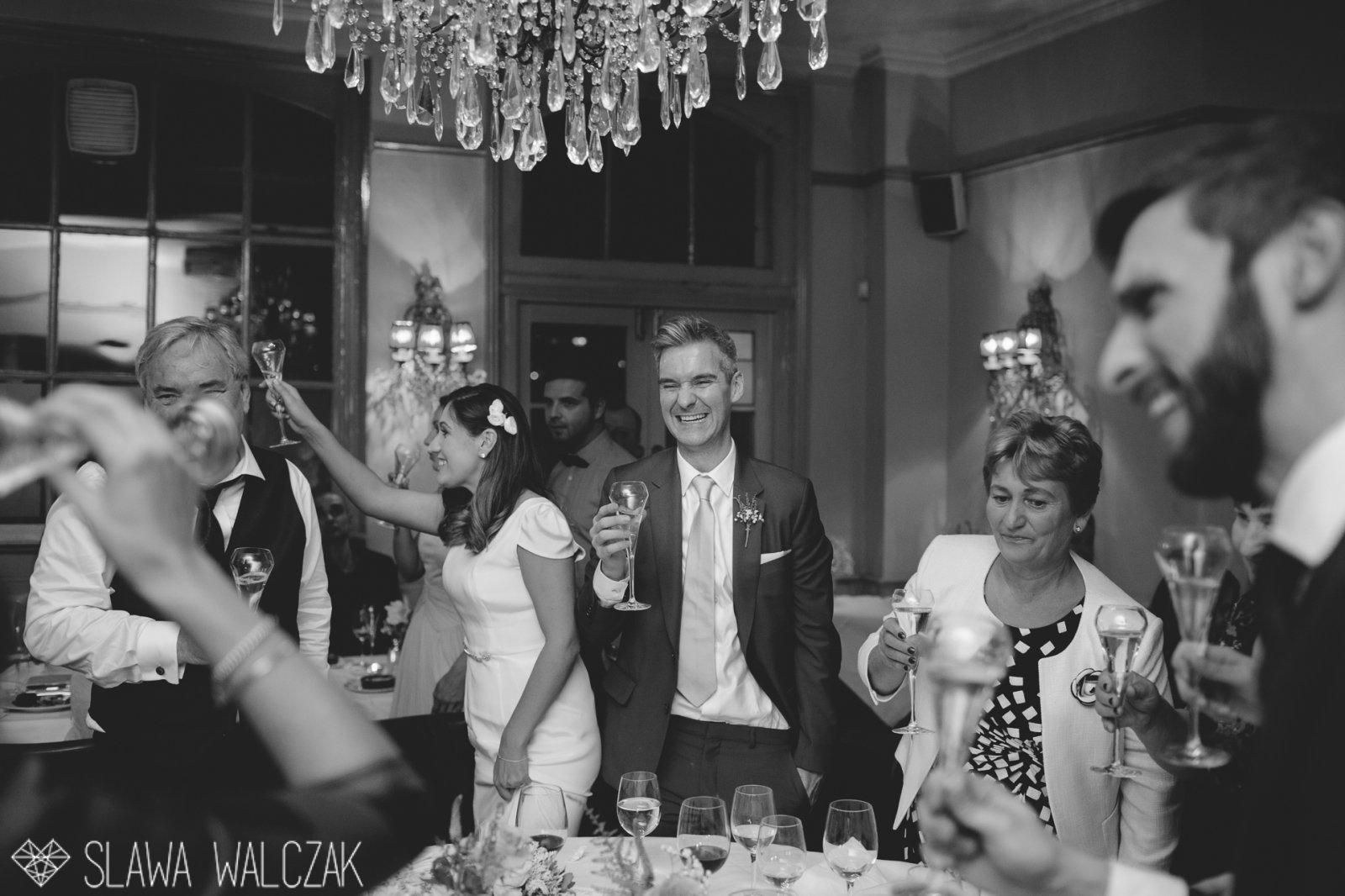 Don’t Take on the Heckler

"At any point during your speech someone in the audience may decide that they have something more important to say than what you’re speaking about. Or, they may simply think it entertaining to throw you off or call you out. The important thing to remember is that heckling at formal events, especially something as sentimental as a wedding is seen as inappropriate. Therefore, the audience will immediately be on your side and the heckler will be considered rude. No matter what your temptation is, don’t stoop to the level of the heckler in your response; don’t engage in a back-and-forth with them. If the heckler stops after one outburst, simply carry on speaking, if they’re in the back of the room, just speak louder, as you have the microphone. If their heckling persists, don’t be afraid to ask for those around him or her to please help you keep the focus on the bride and groom by escorting the heckler out of the room.

If what occurred was just a slight interruption, thank the heckler for the breather, and keep going. If the mood needs to be lightened and you feel comfortable making a joke out of the situation then relieve the tension of everyone in the room and do so. Whatever you do, don’t embarrass the heckler as they are probably either under the influence and will be further embarrassed when they sober up, and they are probably they close friend or family member of either the bride or groom and therefore should be respected as such." 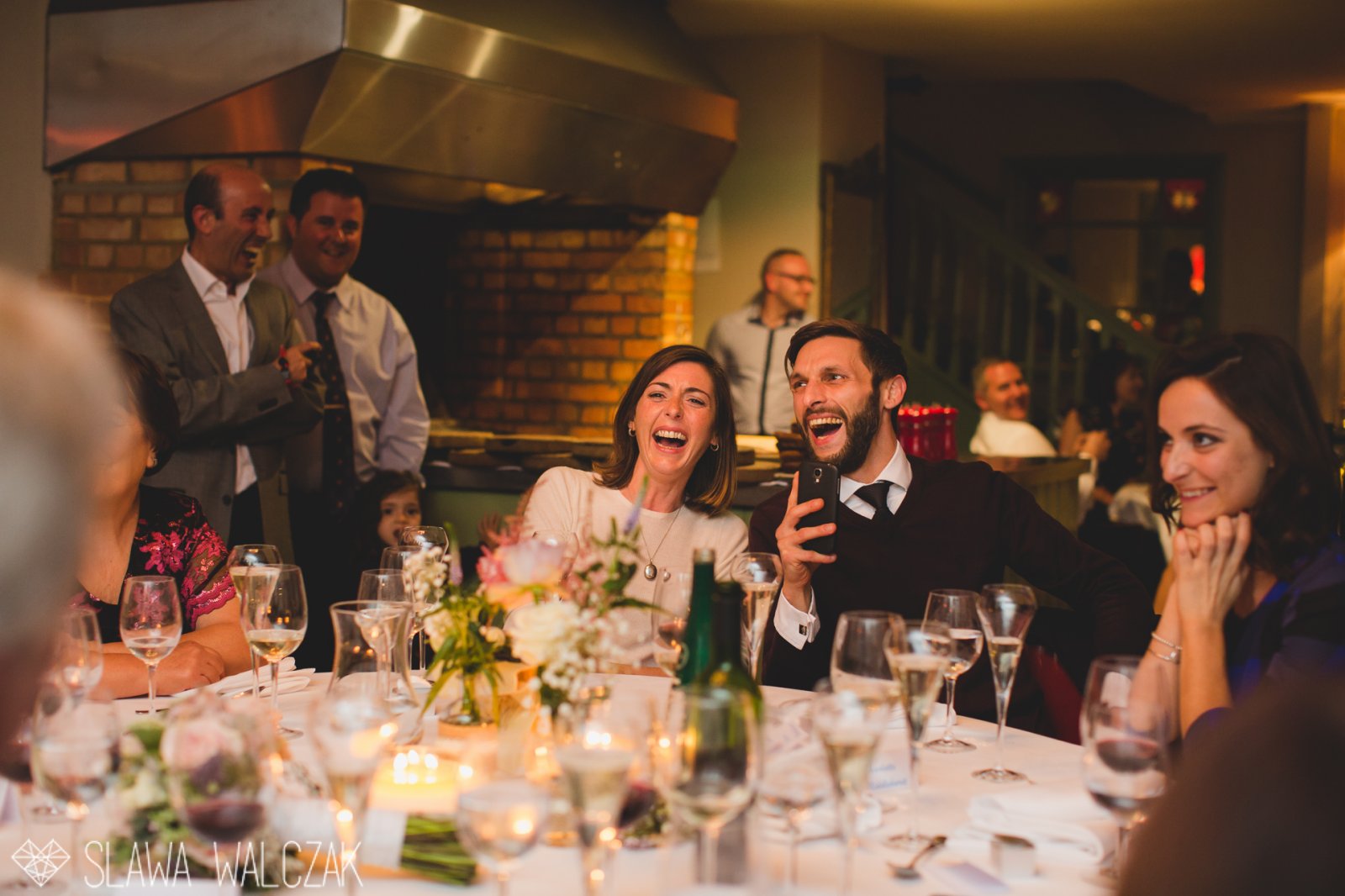 "If you encounter a heckler, don’t lose your cool, the floor is still yours, you are still the center of attention, and your job is to shift the focus back to the bride and groom. When the audience has dialed back into you, apologize on behalf of the heckler. If you have a funny story about a time when you, the bride or groom were heckled or embarrassed, swap that story out with the story you may have planned on telling, it will make your speech even more memorable.

While you can’t control what everyone will do or say, you are responsible for the content you bring to the audience through your speech. The more offensive or abrasive the content of your speech is the more likely you are to have a heckler. Therefore, keep your speech free of stories or people that could ruffle feathers or bring up negative emotions."

Carole - also known as The Wedding Speech Expert, offers speech writing and coaching for all occasions. So whether you really don't know where to start, know what to say but don't know how to say it, or whether you're simply having trouble getting the words out, she can help!
You can find out more about Carole's services here.

Time To Get Your #Wedmin On! The Basics - A Guide to Bridal Veils DIY Wedding Hair Accesories (and how to incorporate them!) The First Dance - What You Need To Know The Highs and Lows of Table Centrepieces