10 of The Most Beautiful Celebrity Engagement Rings

Planning 101 • 10th July 2015
Back to posts
Our love affair with the celebrity world has changed over the last few years but although we may be getting weary of the endless runs of reality TV shows, the fascination with the true A listers remains. For example, when David Beckham opened an Instagram account on the day of his 40th birthday, he acquired 2.7m followers in a matter of hours.

What celebrities wear, how they act, where they holiday, the success and failure of their relationships – it’s all avidly consumed by fans and admirers eager to learn every little detail of their lives. And when a celebrity is engaged there’s only one thing the rest of the world wants to know. What does the ring look like?

Let’s take a look at 10 of the most beautiful celebrity engagement rings – starting, appropriately enough, with David’s wife, Victoria.

Victoria can’t resist a diamond ring – as this article in Elle discloses, she’s got a fantastic collection which are put to great use across all manner of occasions. The one closest to heart, however, will surely always be the gold and marquise diamond ring that marked her engagement to David in January 1998.

We’re used to seeing Kim nervously watching her other half, tennis star Andy Murray, in tournaments around the world but in January there was something new to look at – the stunning three carat diamond on her finger, as captured here by the Daily Mail.

‘YES!’ wrote Kim on her Instagram account after Kanye West proposed and presented her with what can be described as a gargantuan 15-carat diamond. The ring is a D flawless cushion cut with an estimated value of $8m.

Mila – now Mrs Ashton Kucher, of course – isn’t particularly one for extravagance and the couple are renowned for their relatively down to earth lifestyle. Her engagement ring is a simple and classic – a little like these ones. ‘It’s a simple band with a round diamond,’ a friend was quoted as saying here. ‘It’s not ostentatious. She doesn’t need a security team with her to wear it.’

‘If you like it then you should have put a ring on it,’ the singer famously belted out in her hit Single Ladies and Beyonce knows all about that. Jay-Z proposed to her in 2007 with a stunning $5m ring. The 18-carat diamond was large but designed simply by Lorraine Schwartz.

Singer Avril wore an eye-catching 14-carat ring during her engagement to Chad Kroeger. The appeal of the diamond wasn’t just the size – the shape was a pear cut and therefore slightly rarer. Kroeger obviously has an eye for a diamond; the Nickelback frontman bought Lavigne a 17-carat emerald cut as a first year wedding anniversary gift.

The Hollywood actress had been married twice before so when current husband Olivier Martinez went down on bended knee her choice of ring was slightly different. Berry went for an emerald instead of a diamond with an estimated value of $100,000. Her birthstone is peridot, also a green stone.

Another celebrity who chose something very different to the norm, Mariah’s engagement ring is a 17-carat emerald-cut pink stone – surrounded by 58 pink diamonds and with two half moon diamonds on each side. She married Nick Cannon in 2008. The ring reportedly cost $2.5m.

Singer Miley’s ring from her engagement to actor Liam Hemsworth – the couple split in 2013, before actually getting married – created plenty of headlines. Firstly for its beauty; designed by Neil Lane, it’s a cushion-cut diamond ring and also due to the fact the centre stone is an antique dating back to the late 19th century. Miley kept the ring after she and Liam broke up but later admitted she wasn’t completely sure where it was. ‘Don’t know,’ she told Love magazine. ‘Think it’s in the shower.’ 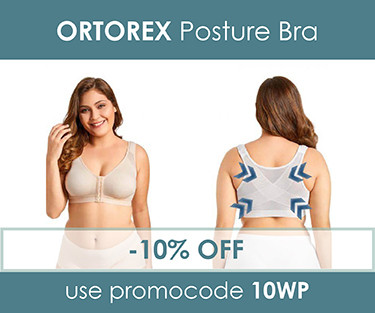